Hannon has been a global leader in repairing hydraulics for 40 years.

If we don't have it or can’t find it, we will build you any custom part.

need Hannon to come to you? 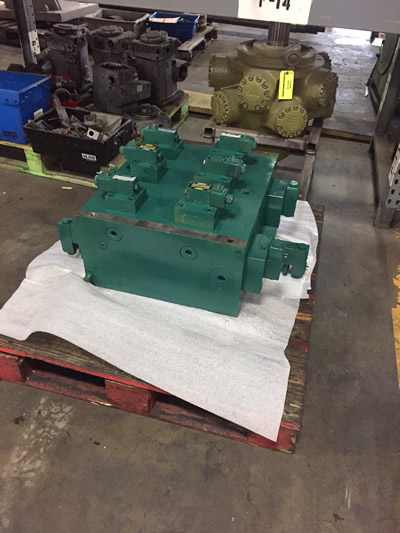 In 2016, Hannon Hydraulics was called to troubleshoot the hydraulic system on a 1225 Harris shear. These shears are heavy-duty scrap devouring machines; rugged and tough, Harris shears are made for the toughest jobs in the scrap and recycling industry.

The customer kept cracking the hydraulic piping on the shear almost daily rendering the shear useless and costing the customer time and money with each breakdown. Each time the piping cracked, the customer’s operation team had to immediately shut down the scrap devouring machine and attempt to repair and weld the damage. Frustration was mounting and tensions were running high as the broken shear was negatively impacting the customer’s processing schedule. Costs due to lost time and down days were compounding.

The team at Hannon Hydraulics responded quickly by sending out an experienced field team to analyze the Harris shear and find the root of the recurring problem causing the hydraulic piping to keep breaking. After an intensive system inspection, Hannon’s service team determined the real cause of the problem was in the custom Moog/Hydrolux valve. Hannon Hydraulics quickly developed a repair plan to get the scrap devouring machine back online and functioning properly and supplied a bid to the customer. After the job was awarded to Hannon, the field team began on the overhaul of the worn out affected hydraulic components on the shear.

Expertise: Hannon Hydraulics field service team, engineers and craftsmen helped the customer save valuable production time; responding quickly to the issue and properly diagnosing the root cause of the problem.
Savings: In addition to daily savings on lost downtime, Hannon’s rapid response and repair turnaround saved the customer $688,673 in new replacement valves and cylinders. Ordering all new hydraulic equipment could have cost the customer months waiting for expensive new capital expenditures.

Download our brochure for additional information about Hannon Hydraulics.